Oxford United look to bounce back quickly from the recent setback in League One when they host Bolton Wanderers at the Kassam Stadium this weekend.

Oxford United’s away disappointments continued with the team losing 2-0 to Accrington Stanley during the weekend. Bolton made the most of three home games in the last four matches to continue picking up wins with the latest being a 2-1 success over Charlton Athletic. Aimson scored a late goal to provide this crucial win for Bolton.

Bolton have been playing really well in recent weeks and they have managed five wins in the last six matches. Oxford United might have dropped points in total for the last three games, but their home form remains spectacular with only Wigan managing a victory on this ground in the last 10 attempts. If Bolton’s home form is extremely good, their away form is nothing short of disastrous with the team only managing for wins from the last 15 away games.

Oxford scored most of their goals in home matches and it is only the results like the 7-2 win over Gillingham that provides some consolation to the away goals figure. Meanwhile, Bolton not to score too many goals away from home and they have consequently witnessed less than 2.5 goals in four out of the last five games. However, Oxford’s offensive touch is likely to ensure plenty of goals.

Matty Taylor has not scored in his last two matches for Oxford, but he is the top scorer for the club this season with 14 goals from 29 appearances. He was on the scoresheet in the reverse fixture with Bolton.

Oxford vs Bolton: League One Match Preview and Team News

Oxford cannot afford to dwell on the recent loss against Accrington for much longer, as there is intense competition for the top six places. Gorrin is unavailable due to injury, while manager Karl Robinson could potentially be without Daniel Agyei due to similar problems.

Bolton have put together a fantastic set of results. After having registered such a string of wins, Bolton will start to think about pushing for the top six. Manager Ian Evatt will have to deal with the absence of Elias Kachunga, Josh Sheehan, and Lloyd Isgrove for this game.

Detailed Analysis of the Stats for Oxford vs Bolton

FAQs on Oxford vs Bolton game 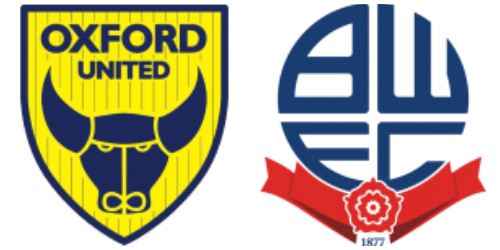