Oostende and Standard Liege have been locked together in the bottom half of the table and both teams go up against each other at the Diaz Arena this weekend.

Standard Liege have only managed a single win in the last five matches. This was a crucial away victory over Eupen. In yet another game against a team around them in the table, Standard Liege can pull off a victory. Oostende are particularly poor at home with four consecutive losses. Even though Standard Liege had to fight for the victory in the reverse fixture, they will be able to complete a double over this opponent.

The game promises to be a tight match like in the reverse fixture with only a handful of goals separating the two teams. On the form table, both have come to an identical set of results in the last few weeks. Even though Oostende have witnessed more than 2.5 goals scored in four out of the last five fixtures at the Diaz Arena, Standard Liege may not have the same firepower.

Standard Liege and Oostende are two teams who have struggled this season with their offensive quality. Both have averaged and scored around the same number of goals. Oostende’s defence should make it easier for Standard Liege to score but the visitors have also not been great at the back.

Yves Vanderhaeghe is still looking for his first victory as the Oostende coach since his appointment more than a week ago. The heavy loss against Mechelen can be a big disappointment, while Yves Vanderhaeghe has also never been able to beat his opposition compatriot Luka Elsner. Indy Boonen is the only player out due to an injury.

Standard Liege boss Elsner has an impressive record against Vanderhaeghe after having never lost in three matches. The visitors will be without Gilles Dewaele and Daouda Peeters due to injury.

Analysis of Recent Form and Stats for Oostende vs Standard Liege 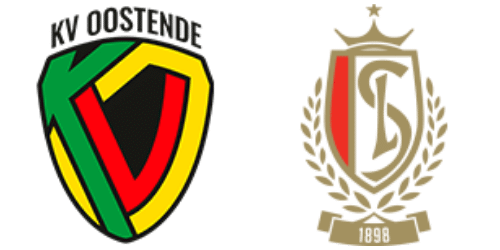