Olympiakos hope to recover from a shock 5-1 aggregate defeat at the hands of Maccabi Haifa when they take on Slovan Bratislava in the third round of the Europa League qualifiers. Stadio Georgios Karaiskaki is the location for this encounter.

Tigran Barseghyan scored in the first leg against Ferencvaros before managing to score after coming on as a substitute in the recent match against Zemplín Michalovce. After having being rested in preparation for the Europa League qualifiers, Barseghyan is expected to come back to the starting line-up. He will be a key player in the Slovan Bratislava team.

The match witnesses two teams who are in a spot of bother when it comes to defence. Slovan Bratislava have featured over 2.5 goals in all of their recent five matches. After a tight game in the first leg against Maccabi Haifa, Olympiakos were shredded in the second leg.

Olympiakos were unable to score in the second leg against Maccabi Haifa, but they are expected to bounce back following this disappointing match. Slovan Bratislava are a team who struggle for clean sheets and this game is likely to end up with goals at both ends.

Despite having been a regular in the European competitions, Olympiakos had to suffer a major defeat in the second leg against Maccabi Haifa. Now, Olympiakos will not feature in the Champions League for back-to-back campaigns. However, they have an opportunity to extend their wonderful recent record in the Europa League after reaching the last 16 in two out of the last three appearances.

Slovan Bratislava have consistently underperformed in the Champions League qualification as they have been unable to get past the second round in the last four attempts. Now, the team will look to progress into the Europa League group stages for the first time since the 2019-20 season. Ibrahim Rabiu, Marian Chobot, Michal Sulla, and Eric Ramirez are out injured. Ivan Saponjic is suspended for the game. Where is the match going to take place? Stadio Georgios Karaiskaki

Who is the favourite team to win the game? Olympiakos 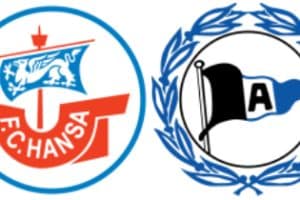