One of the closest matchups in the upcoming round of Bundesliga 2 is the Nurnberg vs Magdeburg duel, so let’s take a closer look at this match and some of our free betting tips for it.

If you want to check some of our most reliable betting predictions for Nurnberg vs Magdeburg, you’ve come to the right place:

Both teams have struggled so far this season and they enter this game dangerously close to the relegation zone and separated by just one point, with Nurnberg being ahead at the moment.

That being said, Nurnberg is without a loss in the last three games, so they’ve done a bit better lately than Magdeburg. They are also the better team on paper and hosting the game, so we can see them coming out on top in this match.

Nurnberg and Magdeburg to Draw at Half Time

While we can see Nurnberg winning the game, we don’t see them having an easy job. In fact, we won’t be surprised to see the game decided in the second half and Nurnberg and Magdeburg tied at half time.

So far, each team drew at half time in six of its fourteen games in the league this season, which is near 50% and we can see that percentage rising in the next game.

These two teams haven’t met lately, so we don’t have any h2h data to use for our next prediction. That being said, we can see this game going under 2.5 total goals.

Nurnberg vs Magdeburg preview: A close and exciting matchup

With fifteen points from fourteen games, Nurnberg has struggled so far this season and they are currently just one point ahead of the relegation zone in Bundesliga 2. In the last six games, the team has one win, two draws, and three losses, although they did not lose for three games in a row either. Manuel Wintzheimer, Florian Hubner, Taylan Duman, and Tim Handwerker are all out with injuries right now.

Right now, Magdeburg has fourteen points from fourteen games in the league so far, which puts them in the relegation zone and one point behind their next opponent Nurnberg. The team has two wins, one draw, and three losses in the last six matches in Bundesliga 2, but they also have five injured players at the moment.

The latest odds and key stats for Nurnberg vs Magdeburg

You don’t have to spend time looking for the best Nurnberg vs Magdeburg odds – you can find them all right here, on our site: 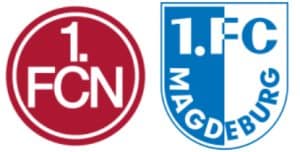