Numancia start preparations for the new campaign after finishing top of group 3 in the Segunda Division. Atletico Madrid not only missed out on the title last season but they also finished third in the standings after Barcelona following a late collapse.

Atletico Madrid to win both halves

Atletico Madrid have consistently dominated games against Numancia with a string of wins going back to 2009. In fact, Numancia failed to score in five consecutive games before the 1-1 result at this stage last season. Atletico Madrid have not made substantial changes to the squad and they should retain the same level of advantage over Numancia even when playing away from home.

Diego Simeone’s men finished third in the standings after having scored 68 goals from the 38 matches. There is not a lot of attacking potential within Atletico Madrid and it is once again ready to be subdued in this first friendly match. The primary focus will be on testing out new formations and personnel.

Atletico Madrid had the worst defensive record among the top eight teams in the 2021-22 La Liga campaign. Numancia were able to score their first goal against Atletico Madrid last season. They are likely to build on the same with a goal.

There has been a need to make some changes to the squad for Numancia, who will be looking to survive in the Primera division against all the odds. The club have made some key signings in the form of loan deals and free transfers. Gaizka Ayesa and Adrian Mancebo are some of the key acquisitions for the club this summer.

Atletico Madrid remain in a poor shape when it comes to offensive performances and the departure of Luis Suarez only adds to the concern. So far, Diego Simeone has had to deal with the return of many players like Alvaro Morata and Saul Niguez from the end of their loans spells. Samuel Lino is the only major signing for the team this summer.

Detailed Stats and Numbers for Numancia vs Atletico Madrid 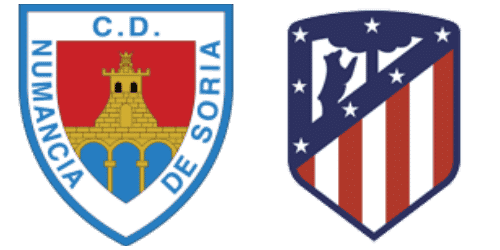 Who is the favourite team to win the game? Atletico Madrid