Let’s go over the Nimes vs Grenoble Foot match details and betting tips for their upcoming match this Saturday. If you want to see more Ligue 2 predictions, check out our website.

We tasked our experts with reviewing the Nimes vs Grenoble Foot match and they came up with the following predictions and free betting tips.

These odds are all from Ladbrokes and are also subject to change. Although they might have been correct at the time of writing, you should double-check them via your bet slip before wagering.

Grenoble Foot might have had the advantage over Nimes in recent years, but right now they are in the relegation section with only twenty-five points compared to Nimes’ thirty-two points. There aren’t any injured or suspended players at this time, but we don’t think that will help Grenoble Foot right now.

Nimes also doesn’t have any injuries or suspended players at the moment and they have shown that they mean business this season, compared to Grenoble Foot that is. We don’t think there will be many goals scored, and maybe only by the winner even.

These are all the recent statistics and match histories between Nimes and Grenoble Foot for their upcoming match on Saturday. 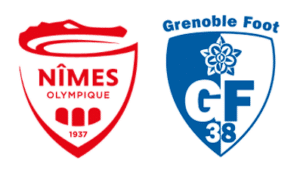