Vizela travel to face Moreirense for the first time in more than a decade. The last away game for the Vizela against Moreirense was back in 2009. This will be a preview of the upcoming meeting at the Parque Desportivo Comendador Joaquim de Almeida Freitas.

Moreirense lost for three consecutive matches after the 1-0 defeat against Estoril. Vizela were held to a 1-1 home draw by Maritimo with both goals coming in the second half.

Even though Moreirense are coming into the game trying to avoid relegation, their recent form has not been sufficient to see them through. Moreirense need just one point to get out of the automatic relegation spots, but they are likely to end up dropping points in this final match as Vizela have shown decent performances over the last few games. The recent H2H meetings between the two clubs have been very evenly matched.

There have been under 2.5 goals in back-to-back meetings between Vizela and Moreirense. In the reverse fixture, there was not much to separate the two clubs and the game finished as a 1-0 win for today’s strugglers. Moreirense have been unable to create much influence in the final third and this final match of the season is likely to go down the same road.

Moreirense have not scored in back-to-back away games but they have managed goals in the last two home matches as they try to put up a fight. Vizela have been involved in three consecutive league matches with goals at both ends.

Moreirense come into the final match of the campaign knowing that destiny is out of their hands, as the club needs to depend on the results of Tondela to have any chance of escaping the automatic relegation spots. Moreirense trail Tondela by a point, but Ricardo Sá Pinto’s team have a better goal difference.

Vizela are mathematically safe from relegation after the point against Maritimo in the last round. This will allow manager Alvaro Pacheco to make experimental changes to the starting line-up and the squad even as he goes in search of his first victory against Moreirense.

Detailed Stats and Numbers for Moreirense vs Vizela

FAQs on Moreirense vs Vizela game 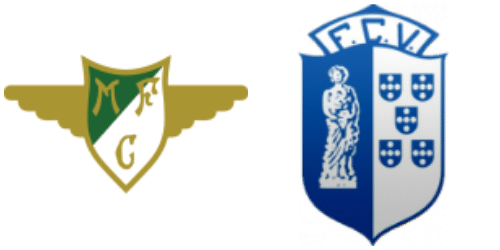