Moreirense were able to register the first victory in four matches after narrowly overcoming Vitoria Guimaraes 3-2 at home. This could have been a comfortable win had it not been for the great comeback from Vitoria Guimaraes. Gil Vicente were knocked out of the Taca de Portugal in the fourth round after a 1-0 loss to Leca.

Moreirense might have home advantage but it has counted for little in recent matches. The team has registered just one home victory in the league over the last five. Gil Vicente have also managed to just one win in the recent five games. The mediocrity shown by the two teams is likely to result in a tight match that could see the points shared.

The lack of wins is a problem for Moreirense and this is down to a defence that cannot keep clean sheets. In the last five games at home, Moreirense have witnessed over 2.5 goals in four fixtures. Gil Vicente have been able to get a string of goals in recent games against this opponent so much so that three out of the last four meetings have produced more than 2.5 goals.

Gil Vicente have scored in four out of the last five away matches. They have also consistently been able to get goals against Moreirense, who are without a clean sheet at home this season. The last shutout for Moreirense at home was back in May.

Apart from a narrow victory over strugglers Arouca, Moreirense have had little joy in the home matches this season. Moreirense might be one of the teams with an excellent offensive record amongst the opponents in the relegation battle, but they have also conceded a lot of goals. Manager João Henriques does not have any injury worries coming into the game.

Gil Vicente are on the cusp of moving into the top five places. However, the continued disappointment with regards to converting wins out of draws has been hurting the visitors quite often in recent weeks. Manager Ricardo Soares does not have any injury worries in the squad.

Analysing the Stats for Moreirense vs Gil Vicente 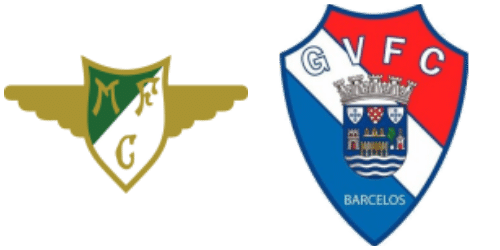