Oxford’s next obstacle in a bid to get into the play-off places would be Morecambe, who host the upcoming game between the two clubs at the Mazuma Stadium.

Morecambe were able to arrest a big sequence of defeats by getting a 3-0 victory over Burton Albion. Just when it seemed that the game would end up in more disappointment, Morecambe focussed to get the big win over Burton. Oxford United are winless in back-to-back games as they suffered a 1-0 loss to Portsmouth.

Oxford United to pick up a victory

Oxford United have not been able to pick up a victory in the last two matches. However, the games against Plymouth and Ipswich were a major test of the team. Morecambe will be a relatively easier opponent. Despite the big win over Burton Albion during the weekend, Morecambe have plenty of problems that will be conducive for Oxford to pick up three points from the game. Oxford had already registered a big win over opponent earlier in the campaign.

Morecambe have the worst defence in the league by a significant margin with 79 goals conceded in the 40 league matches. Even in the last few games, the team has been shipping over 2.5 goals quite easily. Despite the recent clean sheet against Burton Albion, Morecambe’s defence would make for a high-scoring feature.

Morecambe have been able to get at least a goal in four out of the last five matches. Despite the poor form shown by the defence throughout the campaign, Morecambe will be satisfied with this aspect. Oxford also have just one clean sheet in the last five.

Morecambe vs Oxford: League One Preview and Team News

Morecambe were able to give a huge boost to their survival hopes with the recent win over Burton Albion that has lifted the team to within two points off the top of the table. Manager Derek Adams will be without Anthony O’Connor and Greg Leigh because of injury problems.

Oxford are likely to go with an unchanged starting line-up that lost against Plymouth during the weekend. Karl Robinson has Daniel Agyei and Cameron Brannagan doubtful for the game, while Gorrin, Sam Baldock, and Marcus Browne are unavailable because of injuries.

Recent Form, Stats, and Analysis for Morecambe vs Oxford

FAQs on Morecambe vs Oxford game 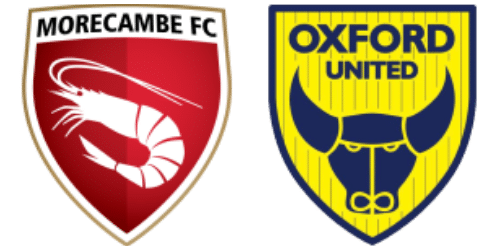