Another interesting game in the next round of La Liga 2 is the Mirandes vs Cartagena duel. With that in mind, we have prepared an in-depth preview of this match for you, along with free betting predictions.

Our latest Mirandes vs Cartagena betting tips and picks

If you are struggling to decide on the best bet for Mirandes vs Cartagena, check our top betting predictions for this match:

Mirandes and Cartagena to Draw

While Cartagena is seventh in the standings and trying to get into the playoffs, Mirandes is one spot above the relegation zone right now. However, neither of the two teams is in great form.

With that in mind, we can see this match ending without a winner. After all, we feel that neither of the two teams will be too disappointed with a draw.

Mirandes and Cartagena to Draw at Half Time

Since we can see this match ending without a winner, we also expect the two teams to be tied at half time since that is often the case with games that end in a draw.

In addition to this, Cartagena drew at half time in eight of their fifteen matches away from home this season, while the same thing happened in six of fifteen games which Mirandes hosted in La Liga 2 so far.

Both teams have scored in two of the last four head-to-head meetings between Mirandes and Cartagena, so we can see that happening again on Saturday.

After all, both teams scored in 57% of all Mirandes matches in the league until now, while the same is true for 53% of all Cartagena games in La Liga 2 this season.

Mirandes vs Cartagena preview: A very close and interesting duel

With four losses in the last five games, Mirandes is clearly struggling lately. The team is currently just one spot above the relegation zone and they are three points ahead of the first team in it, so it’s clear that they will have a stressful end of the season unless they managed to go on a good run soon.

Even though Cartagena is in the seventh place in the standings right now and they are just six points behind the first team in the playoff zone, the team is actually in bad form. In the last five matches in La Liga 2, Cartagena has one win, one draw, and three losses, so they are pretty much on their way to saying goodbye to the playoffs if this run continues.

The best odds and useful stats for Mirandes vs Cartagena

If you are looking for the top Mirandes vs Cartagena odds, check out the odds we have here from the best UK bookies:

The most common questions for Mirandes vs Cartagena 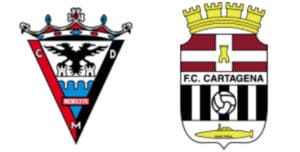