Maritimo take on Pacos Ferreira at the Estádio dos Barreiros in the hope of enhancing their own struggles against the threat of relegation. This is the first competitive meeting between the two clubs since May.

Maritimo went nine matches without a victory in the league following a 4-2 defeat at the hands of Tondela. A red card to Pedro Pelágio in the early stages of the game made the situation worse for Maritimo. Pacos Ferreira are only slightly better things to a seven-game winless run. The team suffered a much expected 4-1 loss at the hands of Benfica last weekend.

This is a game between two struggling outfit who have not managed a victory in more than six league games each. Even with home advantage and available, Maritimo are unlikely to work any magic. The team has been on a rotten run and they have been unable to take advantage of winnable matches over the last few weeks. Pacos Ferreira have lost back-to-back games to further slide on the table and they are now just three points away from the drop.

The offensive touch of Maritimo has not been exactly that with the team managing to score at least a goal in the last four matches. Pacos Ferreira, though, are only half decent going forward with no goals in three out of the last five games.

Maritimo have been unable to make any progress in the efforts against relegation. The team has been stuck close to the bottom of the table for several weeks. The lack of any major injuries is one of the few advantages, but Pedro Pelágio will be suspended for the game.

Pacos Ferreira have not turned up in the last few matches and the heavy loss against Benfica has the potential to boil over in the next few weeks. Pacos Ferreira are the lowest point of the season and any more drops could see them in the relegation dogfight.

Analysing the Stats for Maritimo vs Pacos Ferreira 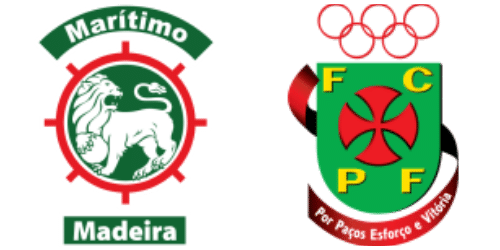