This is a preview which follows the Europa League third qualifiers between Malmo and F91 Dudelange. Both teams come on the back of disappointments in the Champions League qualifiers. Eleda Stadion will be the location for this meeting.

Malmo once again had to settle for disappointment in the Champions League qualification stages after being knocked out by Zalgiris following a 3-0 aggregate defeat over two legs. F91 Dudelange failed to get past the second round of the Champions League qualification after being knocked out by Pyunik Yerevan following a 4-2 aggregate loss.

Malmo have had decent performances in the Swedish Allsvenskan, but they have been quite disappointing in Europe. The inexperience of manager Andreas Georgson was quite evident in the games against Zalgiris. In the Europa League qualification games, though, Malmo have done relatively well in recent years. F91 Dudelange’s away record is quite impressive and they are likely to come away with a decent result.

There will be a lot of caution from both teams after their disappointing Champions League outcomes. Even though Malmo entered into the qualification rounds of the Champions League with plenty of scoring form, they have encountered a dip in recent games. F91 Dudelange are likely to be more focused on shutting up shop.

F91 Dudelange were able to score in both away legs of the Champions League qualifiers. They are likely to do the same against a Malmo outfit which has registered only one clean sheet in the last five games.

Malmo are looking at the possibility of failing to make it to the group stages of the Europa League after a disappointing run of performances in recent weeks. The club’s last appearance in the Europa League group stages was in 2011-12. Subsequently, Malmo have had plenty of experiences in the Champions League but European performances this season have been underwhelming. Adi Nalic is out because of a cruciate ligament rupture while Mahame Siby has a hip injury.

F91 Dudelange’s heavy defeat in the crucial second leg of the Champions League qualifiers against Pyunik might have a psychological effect on the Luxembourg outfit. Up until the second leg, the performances from F91 Dudelange have been quite good. One major advantage for manager Fangueiro will be the lack of any injuries. Where is the match going to take place? Eleda Stadion

Who is the favourite team to win the game? Malmo 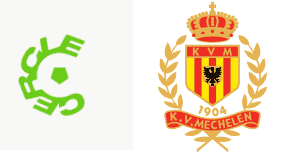