Malaga and Sporting Gijon go up against each other at the La Rosaleda for a crucial Segunda Division meeting this weekend.

Malaga were finally able to bring curtains to a four-game winless sequence with a 1-0 success over strugglers Alcorcon. Sporting Gijon had to settle for a point against Lugo following a 1-1 draw in a game which saw the visitors reduced to 10 men following the red card to Gerard Valentin. In the Copa del Rey match, Sporting Gijon picked up a huge 2-1 win over La Liga outfit Villarreal by scoring two goals in the second half.

Malaga have lost back-to-back games of the La Rosaleda and it was previously unthinkable after a string of home victories were single-handedly responsible for keeping the club in the top half of the table. Sporting Gijon have been performing really well in recent weeks but majority of good form comes as a result of a string of home matches. Sporting Gijon perform not so good in away games and they have never won in the last decade of action at La Rosaleda.

The volume of goals in the games involving Malaga has significantly dropped in the last few weeks. The last five matches involving Malaga have produced under 2.5 goals on four occasions. Sporting Gijon have largely been at home in the month of December. However, they do struggle in away games.

Malaga’s poor defensive run has led to a record of just one clean sheet in the last five games and this was against bottom outfit Alcorcon. Sporting Gijon have been through a decent run of goals and the manner of comeback against Villarreal will result in a huge confidence boost.

Malaga vs Sporting Gijon: Hosts heading for another home defeat?

Malaga were finally able to break a sequence of four results with the narrow win over Alcorcon. This victory will finally provide the much-needed confidence. The club have back-to-back home matches which can be crucial in their attempts to climb back up the table. José Alberto López will be without Luis Muñoz due to injury.

Sporting Gijon are already having a huge Copa del Rey quarter-final game against Cadiz next week. The recent set of positive results for the club have kept them closer to the top half of the table. For this match, manager David Gallego only has Iván Cuéllar and Pablo Pérez unavailable due to injury.

Analysing the Stats for Malaga vs Sporting Gijon 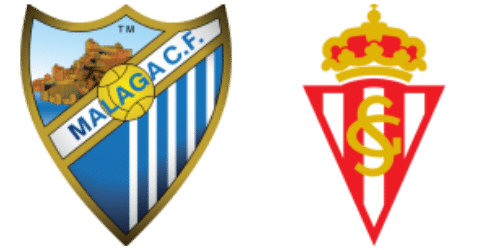 Where is the match going to take place? La Rosaleda