This is one of the difficult encounters to call this weekend. Malaga take on Las Palmas at the La Rosaleda with just one place separating the two teams at the top end of the table. Las Palmas are in the play-off places while Malaga are trying to get in courtesy of their amazing home form.

Malaga made the most of home form once again after a 1-0 success over Tenerife in the latest league outing. This was the third consecutive home victory for Malaga. Meanwhile, Las Palmas suffered a major setback in the efforts to finish in the play-offs after a 3-2 defeat against Real Zaragoza. This was the first loss in five matches for Las Palmas.

It is very difficult to underestimate Malaga it comes to matches at the La Rosaleda. All six victories for the club this season have been at home, but they have not been able to overcome Las Palmas even in home matches in the last four attempts. Malaga’s last home victory against Las Palmas was in 2017 when both clubs were in La Liga. Since then, there have been a string of draws in this fixture and this could be a stalemate once again.

The two teams cannot be separated much when it comes to recent results. Since both clubs came into the Segunda Division, the meetings at the La Rosaleda have been met with under 2.5 goals. In fact, two of the three meetings have produced less than 1.5 goals in total.

Malaga are looking to strengthen their push for a top five place but the club has been exclusively dependent on home form in order to get points on the board. If the club are able to witness an improvement in away form, Malaga could well be pushing for an automatic promotion spot.

The primary objective for Las Palmas coming into this match will be to protect their position in the top five. The recent loss against Real Zaragoza means that Las Palmas are without a victory in the last two games. The club, however, have a full complement of players available for the game.

Analysing the Stats for Malaga vs Las Palmas 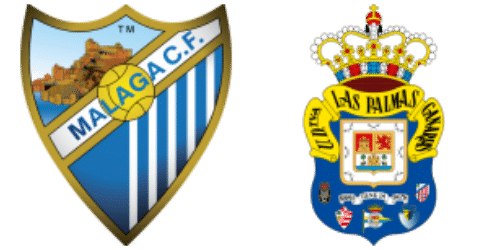