A very close matchup awaits us in the next round of Spanish Segunda between Malaga and Albacete, so let’s take a closer look at this game and what we can expect from it.

Our free Malaga vs Albacete betting predictions and tips

If you are looking for help to find the right bet for the Malaga vs Albacete duel, check our top betting tips for this game here:

Malaga and Albacete to Draw

Despite the fact that they are a newly promoted team, Albacete had a great start of the season in Segunda with a couple of wins and one draw. Meanwhile, Malaga lost their first two games before getting their first win in the last round.

Still, Malaga is seen as a slight favourite in this game, probably because they are hosting the game. But with them struggling last season as well, it’s clear that they are among the weakest teams in Segunda and a draw against in-form Albacete sounds like a reasonable bet.

Malaga and Albacete to Draw at Half Time

Since we can see this match ending in a draw, we can also see Malaga and Albacete being tied at half time, which is usually the case in games that end without a winner.

On top of that, Malaga and Albacete drew at half time in there of their last four h2h duels, so we would hardly be surprised if that happens on Sunday as well.

After all, both teams have scored in two of the three games Albacete played in the league so far, although we saw the same thing in just one of the three Malaga matches in Segunda this season.

Malaga vs Albacete preview: Can the guests remain undefeated?

After struggling last season in which they narrowly avoided relegation, Malaga started the new season in the same manner and lost their first two matches. However, the team managed to beat Mirandes in the last round to get their first win and a bit of hope for their fans that they wont’ have to stress as much as last season. Meanwhile, Andres Caro and Esteban Burgos are out with injuries.

Despite the fact that they were in third rank of Spanish football last season, Albacete is still undefeated at the start of the new Segunda season. After the first three rounds, Albacete has two wins and one draw, which puts them in third place at the moment. Juan Antonio Ros, Javier Jiménez, and Diegui are all out of the next game through injuries.

The latest odds, stats, and more for Malaga vs Albacete

If you wish to bet on the best odds for the Malaga vs Albacete duel, check our list of odds from the main UK bookmakers: 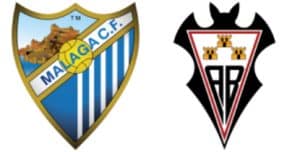