Relegation-threatened Lugo go up against Eibar at the Estadio Anxo Carro. This might be one of the toughest assignments for Lugo in recent weeks with Eibar pushing for a top spot in the Segunda Division. This will be the first meeting between the two clubs since 2014.

Lugo were able to put an end to a four-game winless run by getting a 3-1 success over Amorebieta last weekend. Eibar continued their wonderful form at the top of the table with a 2-1 victory over Alcorcon.

Eibar have been able to claim just one narrow victory in the last five away matches on the road. Lugo have lost only one match at home in the recent five games. However, Lugo would lose quite heavily if recent form is of primary essence. Lugo have ended up losing three out of the last five matches before being able to get the victory over struggling Amorebieta. Even with home support, Lugo are likely to end up losing this game.

The lack of concentration at the back has led to Lugo witnessing more than 2.5 goals in their last three matches. Even though only 40% of the league games for Eibar have witnessed more than 2.5, their recent form in front of goal coupled with the struggles of the opponent should ensure over 2.5 goals.

There has been a failure to score from Eibar in the last two away matches, but the team has generally been good going forward this season. Lugo have not kept a clean sheet in the last five games. Even if struggling for form, Lugo have scored seven goals in the last four games. Hence, this match is a good pick for goals at both ends.

Lugo are just three places above the relegation zone as a result of their recent poor form over the last few weeks. The win over Amorebieta has provided some relief, but there could be more pain in the works for Rubén Albés’ men.

Eibar cannot afford to drop more points in the league as they are a whopping six points behind leaders Almeria with the season about to hit the halfway mark. Eibar need to improve their away form if they are to emerge as the challengers for the top.

Analysing the Stats for Lugo vs Eibar

FAQs on Lugo vs Eibar game 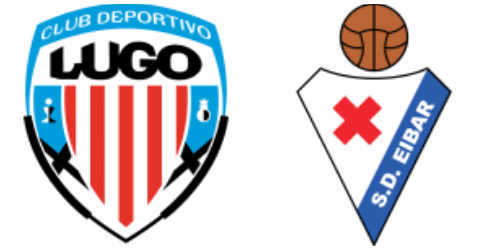