Lugo go up against Amorebieta at the Estadio Anxo Carro looking to continue the momentum in the Segunda Division.

Lugo were only able to come away with a 1-1 draw against Real Sociedad B, as the visitors put in a mediocre performance. An early penalty from Manu Barreiro was cancelled out by Real Sociedad B in the second half. Amorebieta drew 1-1 with Real Oviedo to continue their recent trend of picking up points. Borja Baston’s early goal was cancelled out by a similar early goal from Gorka Guruzeta.

Lugo are in danger of losing momentum into crucial stage, as the team has dropped four points in the last three matches. Amorebieta have been playing surprisingly well and the team are on course to getting out of the bottom three if there are more points on the table for the team. In the last five league games, Amorebieta have lost only once. Lugo, however, are expected to make the most of the advantage in front of their own supporters to register a crucial win.

Amorebieta might be in the relegation zone, but they have scored in all of their competitive matches since the loss to Real Oviedo towards the end of November. This is a run of 11 consecutive games and there are no signs of slowing down. Lugo have also not been very solid at the back and there has been over 2.5 goals in three out of the last four home matches for the team.

Lugo were defensively very open in the recent game against Real Sociedad B and it has been their story over the last few matches. Amorebieta are on a good scoring run and they could capitalise on the problems faced by the opposition.

Lugo are starting to get hit by mid-table mediocrity over the last few weeks. Even though the team has put together a strong sequence of results of late, the lack of wins has kept the team outside the possibility of competing for promotion or being threatened by relegation. Alex Perez and David Mayoral are the players unavailable because of injuries.

Amorebieta manager Inigo Velez has seen his team put together a strong set of results and performances that have put them on the verge of escaping the drop zone. For this game, Mikel San Jose is the only injury problem for the team.

Detailed Analysis of the Stats for Lugo vs Amorebieta

FAQs on Lugo vs Amorebieta game 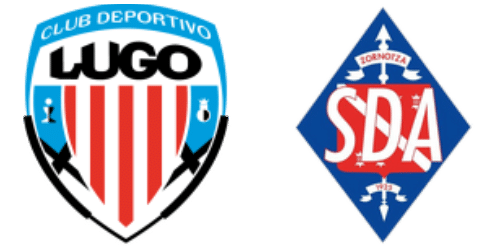