Segunda Division leaders Almeria visit the Estadio Anxo Carro for a match against Lugo on Monday night. The match has the potential to push Lugo closer towards the relegation zone.

Lugo suffered a 2-1 defeat at the hands of Mirandes in the midweek Copa del Rey game. This was the first defeat for Lugo in seven matches. During the weekend, the team managed a 1-1 draw with Tenerife in the Segunda Division. Meanwhile, Almeria progressed past Amorebieta in the Copa del Rey with a 2-1 win. The team had also overcome Real Zaragoza with a 3-0 victory last weekend.

Almeria have been very strong in games against Lugo. They have picked up three consecutive victories against this opponent, who have been struggling without a victory at home in the last four games. Lugo have actually won fewer matches at home than Almeria have won in away games.

Almeria have scored over 2.5 goals only once in the last five matches. In fact, the table leaders have not been prolific scorers as they have been more about keeping a steady defensive line. It is not a surprise that Almeria have the best defence in the division, while they also have the best attack. Lugo have experienced over 2.5 goals in three out of the last four home games.

Apart from failing to score against Ibiza, Lugo have not been very bad at home in terms of finding the back of the net. After going through a string of clean sheets in November, Almeria have managed a blank only once in the last four games.

Lugo vs Almeria: Can the hosts avoid a fourth consecutive loss against the visitors?

Lugo have had a poor run against Almeria with three successive losses. Lugo’s last win over this opponent was back in 2019. The task for manager Rubén Albés is made much harder due to the absence of players like Pedro Lopez, David Mayoral, and Alex Perez due to injuries.

Almeria might have dropped points against Huesca and Fuenlabrada, but the team bounced back in style with a victory and a clean sheet against Real Zaragoza. Almeria still remain the best team in Segunda Division by a distant margin. Manager Joan Rubi will be without Srdjan Babic due to suspension and Daniel Carriço due to injury.

Important Primeira Liga Stats ahead of Lugo vs Almeria

FAQs on Lugo vs Almeria match 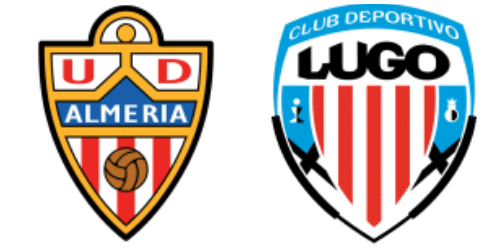