Lugo go up against bottom team Alcorcon at the Estadio Anxo Carro in a bid to enhance their league position that has suffered as a result of successive draws.

Lugo were able to come away with a point against Las Palmas after a 2-2 draw. Chris Ramos bundled home the equaliser in the final minute of normal time after Las Palmas had done very well to cancel the opener from Sebas Moyano. Alcorcon were involved in a second consecutive 2-2 draw, as this time around they picked up points off Ponferradina by coming back from behind through goals from Zarfino and Borja Valle.

Lugo have surprisingly had a very poor record in this fixture with no wins in the last six meetings. In fact, Alcorcon have been able to win 50% of these games. This time around, the visitors are unlikely to push for the victory. After having managed one away win in 15, there is little reason to back Alcorcon for three points. Lugo have drawn three out of the recent four league matches and the reverse fixture between these two clubs also produced a stalemate.

After being involved in a string of draws and low scoring games, Lugo were finally involved in a thriller during the weekend. Even though Alcorcon have managed back-to-back 2-2 draws, the visitors might play it safe in this encounter. Lugo have this strong attitude that makes them likely to go through a difficult game.

Alcorcon required 27 league matches to get just 19 league goals. In the last two games, however, Alcorcon have been able to get four goals. Lugo have seen goals at both ends in eight of the last 10 matches.

Lugo continue to be let down by a lack of defensive discipline and concentration for the entire 90 minutes. Manager Ruben Albes has been unable to sort out a defence that has been shredded upon by Alcorcon in recent meetings. Joselu, Álex Pérez, and David Mayoral are unavailable due to injury, while Edu Campabadal is under suspension.

Alcorcon continue to be a major surprise with the resilience that the team has displayed over the last few weeks. Despite starting at the possibility of certain relegation, Alcorcon are putting up a fight and they have come back from 2-0 down in back-to-back games. Giovanni Zarfino is suspended for the game while Juanma Bravo has a shoulder injury.

Detailed Analysis of the Stats for Lugo vs Alcorcon

FAQs on Lugo vs Alcorcon game 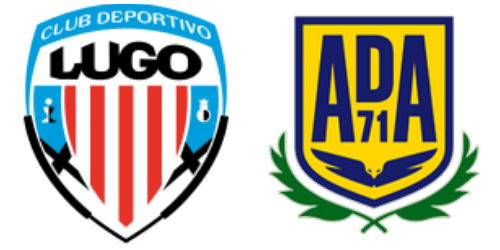