This is a game between two strugglers from the Spanish Segunda division with Leganes taking on Real Sociedad B at the Estadio Municipal de Butarque.

Leganes lost back-to-back matches in all competitions after a 3-2 defeat against Real Sociedad in the Copa del Rey. This defeat comes just days after the 1-0 loss against Real Valladolid in an away match. Real Sociedad have lost six consecutive league matches, but Xabi Alonso witnessed his team suffering only a narrow 3-2 loss against Eibar.

Leganes have lost back-to-back games in all competitions ahead of this fixture, but Real Sociedad B are in a much worse position. The visitors have lost six consecutive games and manager Xabi Alonso remains under a lot of pressure. It has not been a good campaign for Real Sociedad B even if the team were able to get a win over Leganes in the reverse fixture.

The volume of goals is likely to be higher in this match due to Real Sociedad B’s poor defensive form. The team has not scored a lot of goals and the brace against Eibar happens to be their first goals in five matches. Leganes, meanwhile, have experienced over 2.5 goals in two out of the last four games in all competitions.

Even when playing at home, Leganes have not been a solid outfit with the team managing just one clean sheet – against Real Oviedo – in the last five matches. The volume of goals from Leganes has not been great, but they are defensively poor. Real Sociedad B are fresh from scoring two goals against Eibar in the last match.

Leganes vs Real Sociedad B: Battle of the Strugglers

Leganes were able to register a decent return of points over the last few games before succumbing to back-to-back losses. The team will be keen to avoid further continuation of this run. Manager Mehdi Nafti is missing Fede Vico due to injury while Kenneth Omeruo is still suspended.

Xabi Alonso is facing a lot of questions ahead of the forthcoming matches with Real Sociedad B being one of the poorest teams in the Segunda division by a huge margin. If the club’s six-game losing streak extends, Real Sociedad B would soon find themselves fighting with Alcorcon for the bottom spot.

Analysing the Stats for Leganes vs Real Sociedad B

FAQs on Leganes vs Real Sociedad B game 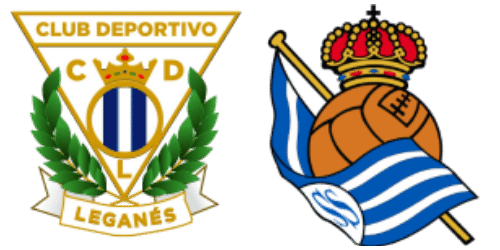