This is a match between two teams occupying different ends of the Segunda Division table. Leganes go up against Ponferradina at the Estadio Municipal de Butarque hoping to continue their good form.

Leganes’ bid to escape relegation trouble was halted following a 3-0 comprehensive loss to Girona during the weekend. This was the first defeat for Leganes in seven matches. Ponferradina once again escaped courtesy of a late winner after beating Miranda 2-1 with a brace from Yuri.

Ponferradina might have picked up four wins in the last five Segunda Division matches, but the team has come quite close to dropping points in many of these games – including the recent win over Mirandes. Leganes are a strong team at home with just two losses in the last seven. Leganes are still not out of the woods in terms of relegation threat and they will be coming up with a solid performance nonetheless.

The only occasion when Ponferradina have scored over 1.5 goals in the regular time and from open play in the last five matches would be the game against Sporting Gijon. The club are struggling for goals and Leganes do not concede too many at home. Leganes almost have an identical defensive record at home compared to Ponferradina.

There were goals at both ends when the two teams met each other last season. Leganes might be in a relegation battle but they have scored in three out of the last four home games. Ponferradina have drawn a blank only once in the recent five away matches.

Leganes need to quickly bounce back from the loss to Girona, as such a heavy defeat could put the team in a spot of bother and back in a relegation fight. Leganes have built up a two-point advantage over the bottom three. Leganes have several players out of selection after testing positive.

Ponferradina seized the opportunity to go second in the table following the win over Mirandes. The club has had to work hard for some wins of late. Manager Jon Bolo comes into the game without José Ríos for selection due to injury.

Analysing the Stats for Leganes vs Ponferradina

FAQs on Leganes vs Ponferradina game 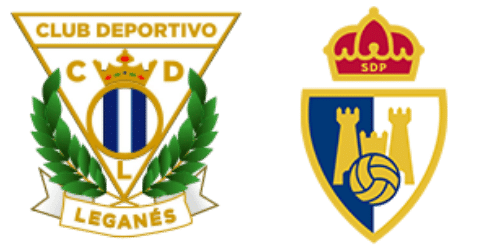