Laval and Le Havre are facing each other in a bid to enhance on their recent form. The Stade Francis Le Basser will be the destination for this French Ligue 2 game.

Laval’s two-game unbeaten run came to a close following the 1-0 loss against Nimes. Le Havre are without a defeat in three consecutive league games following a 1-1 draw with Amiens on Saturday.

Le Havre have lacked the zing to be able to get a victory against all odds. The big win over St Etienne is the only success for Le Havre in the recent five games. Laval are also lacking the finishing skills to close out games when they are on top. As a result, the team has only picked up two wins in the last five games with both successes coming away from home.

The majority of matches for Le Havre are with less than 2.5 goals, as just the game against St Etienne has produced more than 2.5 so far this season. This can be attributed to a lack of offensive threat from the visitors, who have scored over 1.5 goals only once in the last five games. Laval have been quite inconsistent in the offensive areas especially in the home games.

The lack of success Le Havre is largely attributed to their defence, which has managed only one clean sheet in the last four games. Even this clean sheet was against strugglers St Etienne. The match could feature less number of goals, but both teams have the potential to score.

Laval have been able to bring up a sizeable form in some of the away games, but the team has been struggling for consistency with regards to results. In the last four games, Laval coach Olivier Frapolli, surprisingly, has never been able to beat Le Havre in his coaching career. However, he does approach the match with a fully fit squad.

Le Havre might have suffered just one defeat – by the narrowest of circumstances – so far this season but their overall form has not been so great. A string of disappointing results without wins has led to the team struggling in the mid-table spots. Abdelwahed Wahib is missing from action due to a cruciate ligament injury.

Ligue 2 Stats, H2H, and Numbers for Laval vs Le Havre 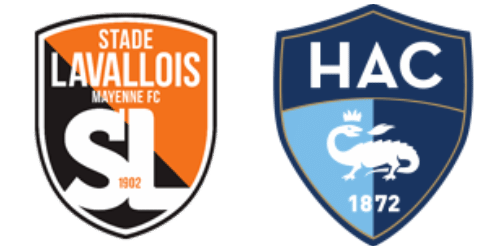 Where is the match going to take place? Stade Francis Le Basser

Who is the favourite team to win the game? Laval