LASK arrive in this game as considerable favourites; will they prove why that is with a win? Find out with our LASK vs Admira preview here along with the predictions and free tips we mention along the way.

LASK to take the win

To be fair, both teams are not enjoying their best run of form recently; LASK Linz have no wins in three games, while Admira are without a win in their last four games. However, it’s worth noting that LASK have dominated Admira over the years; these teams met 14 times in the past five years, and LASK won 12 of those encounters. As a matter of fact, LASK are unbeaten in their last 11 clashes with Admira; they have 10 wins and a draw in that stretch. All things considered, we’re making the prediction that LASK will win this match.

When LASK Linz and Admira go up against each other, they tend to score a lot of goals; four of their last five meetings saw at least three goals scored. In the same vein, both teams have had their fair share of high-scoring games recently; as three of LASK’s last four, and three of Admira’s last five games went above the 2.5 goal mark. With this in mind, we should expect some goals in this match.

The best odds for LASK vs Admira

LASK Linz have finished in the top four every season since they got promoted to the Austrian Bundesliga in 2017, except for this season; they finished in the bottom half, and are playing in the relegation round. Linz have no wins in their last three games; they’ll hope to put an end to that poor run today, with the help of Sascha Horvath.

Like Linz, Flyeralarm Admira are not having their best season at the moment; they are second-last, with just six wins in 31 league games. Admira are without a win in their last four games; they’ll call on Roman Kerschbaum to help them halt their winless streak.

The final word on LASK vs Admira 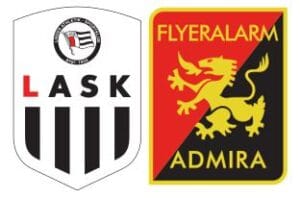