The last game to be played in this round of Spanish Segunda is the Las Palmas vs FC Andorra duel. With that in mind, we have prepared a detailed preview of this match for you, along with some free betting tips.

If you need some help to choose the right bet for Las Palmas vs FC Andorra, check our top betting picks for this duel right here:

While FC Andorra had a solid start for a newly-promoted team with one win and one loss, the fact that Las Palmas started the new season with a win and a draw is not that surprising given the fact that they have been in the playoffs last season.

So, Las Palmas is obviously the better team on paper. That, along with the fact that they will be playing this game at home, is enough for us to back them up and expect them to win this match.

Still, we expect to see goals in this game and our prediction is over 2.5 total goals. After all, we can see Las Palmas playing offensive football since they are looking for this win and FC Andorra has the quality to hit them on breaks.

Since we expect to see at least three goals in this game, we can also see both teams scoring, which only happened in one of the four games Las Palmas and FC Andorra played combined so far.

Despite this fact, we can see both teams scoring since, as we already said, we expect the home team to push forward from the very start, which should leave plenty of room for the guests on counterattacks.

The team that reached the playoffs last season had a sold start this time around in Segunda since they have four points from the first two rounds. The first match was a draw with Zaragoza, but Las Palmas dominated Malaga in second round and won 4-0. Machín Pérez and Kirian Rodríguez are currently on the team’s injury list.

The newly-promoted team started the season in Segunda with a win over Real Oviedo in the first round, but then they lost convincingly to Sporting Gijon in the second round. Still, that’s not a bad start for a team that’s likely going to fight for survival this season. Another positive for FC Andorra is the fact that they currently have no injuries or suspensions to think about.

If you are trying to find the best odds for Las Palmas vs FC Andorra, check our selection of odds from top UK betting sites: 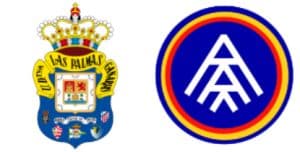