After a disappointing start, KV Oostende and Mechelen go up against each other at the Diaz Arena this weekend. This will be the second leg match of the Belgian First Division season.

KV Oostende opened the new season with a 2-0 defeat at the hands of Anderlecht who were better in almost every department. Mechelen also suffered a similar defeat, as Antwerp picked up a comfortable victory at home thanks to a brace from Michael Frey.

Oostende have suffered at the hands of Mechelen on numerous occasions in recent years. In the last four meetings, Mechelen have picked up three wins against this opponent including a double last season. However, Oostende have the perfect combination for reversing this trend. Apart from home advantage, Oostende are also looking to bounce back from an opening day defeat. Mechelen’s performance was certainly weaker than Oostende in the first game of the season.

Oostende and Mechelen are yet to score this season. Both teams ended up losing by the same 2-0 score in the first game of the season. Things are not expected to improve immediately for Mechelen, who is away form was not the greatest even last season.

Mechelen have a troublesome away record with the team not managing an away victory since February. Oostende are quite decent at home and they do not concede a lot of goals. Even though there have been goals at both ends in the recent two meetings at the Diaz arena, this game can be a low scorer.

KV Oostende manager Yves Vanderhaeghe has quite a decent record against Mechelen with seven wins in 15 games against the club. After having finished a lowly 12th place last season, KV Oostende are looking for immediate improvements. The club have been weakened by the departure of Arthur Theate and Mickaël Biron. Even then, Vanderhaeghe has to find a way past a lot of injuries coming into the second game. Brecht Capon, Sieben Dewaele, Cameron McGeehan, Nick Bätzner, and Maxime D’Arpino are missing due to injuries.

Mechelen will be hoping to extract better results out of Danny Buijs, who has been appointed as the new head coach. Immediately, Danny Buijs has to deal with a string of injury problems in the squad. Lucas Bijker, Dylan Dassy, Yonas Malede, and Kerim Mrabti are missing due to various injuries. 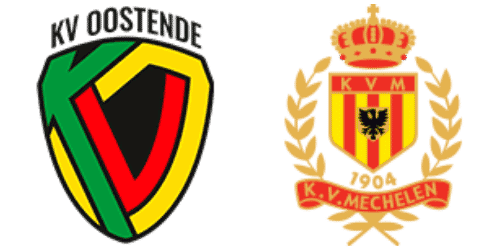 Who is the favourite team to win the game? KV Oostende