Kristiansund and Tromso go head-to-head for three points in the Eliteserien on Wednesday. Struggling Kristiansund aim to halt their slide at Tromso’s expense in midweek. Read our free predictions and find the latest odds for the fixture below in our detailed match preview.

Kristiansund have lost six of their last seven Eliteserien assignments ahead of their clash with Tromso on Wednesday evening. Read our top three predictions for this week’s fixture below.

Kristiansund are in dismal form and having taken just a single point from their last seven Eliteserien fixtures, Christian Michelsen’s side are rock bottom of the table. A stronger Tromso outfit should be able to take advantage of their host’s troubles, though their recent run of three draws in four games means bettors should approach Wednesday’s game with a degree of caution. Instead of backing a standard away victory, take Tromso in the draw no bet market for added insurance.

Only Jerv (three) have notched less often than Kristiansund (five) so far this term and the hosts are unlikely to improve their lot against a robust Tromso side this week. The visitors – who have scored just four times in their last four matches – are far from prolific themselves and we’re tipping under 2.5 goals to land for the third straight encounter between these shot-shy clubs on Wednesday.

Kristiansund’s confidence is wafer-thin at present, so expect Tromso to come out of the traps fast on Wednesday in an attempt to unsettle their battle-weary opponents. Ailing Kristiansund have conceded the game’s opening goal in four of their last five Eliteserien contests and with little likely to change this week, a stake on Tromso to break the deadlock should be an option worth considering.

Top Betting Odds and Stats for Kristiansund vs Tromso

View our list of the best stats for Wednesday’s match alongside a tool to help you choose the best odds. 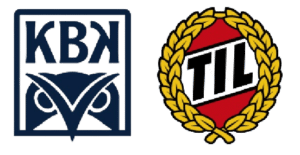 The bookmakers have priced Tromso as their favourites to beat Kristiansund on Wednesday.

Christian Michelsen is Kristiansund’s current manager having taken up the role in January 2014.