Galatasaray look to continue their resurgence when they take on Konyaspor at the Konya Büyükşehir Belediye Stadyumu. This preview will take a closer look at this game for the top betting tips.

Konyaspor picked up a fourth defeat in the last five matches after a 5-1 loss at the hands of Alanyaspor. Despite opening the scores with Bardakci’s goal, Konyaspor ended up losing heavily and the team even had Birincan sent off in the second half. Galatasaray were able to pick up a 4-2 victory over Rizespor during the weekend. Galatasaray came back twice in the game with goals from Patrick van Aanholt, Ryan Babel, and Gomis.

Galatasaray to win the match

Konyaspor might have conceded 11 goals in the last three league matches, but they have scored in five consecutive games. It is difficult to envisage Galatasaray not scoring a handful of goals in this match, but Konyaspor are also aware that Galatasaray are still having a soft underbelly after conceding in all of the last nine competitive games.

Konyaspor are looking to overturn their poor head-to-head record against Galatasaray. The club’s form is in the best possible state to do so, while Konyaspor are also looking to remain in the Champions League qualification spots while under pressure from Istanbul Basaksehir and Fenerbahce. Eray Birnican is the only player unavailable because of suspension.

Galatasaray are showing signs of improvement under the management of Domenec Torrent but they have still far away from being considered to meeting their potential. Fernando Muslera is the player who is potentially doubtful because of his fitness levels.

H2H Numbers, Recent Form, and Stats for Konyaspor vs Galatasaray

FAQs on Konyaspor vs Galatasaray game 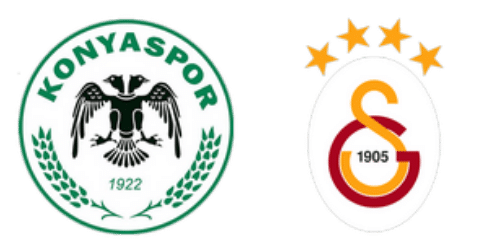 Where is the match going to take place? Konya Büyükşehir Belediye Stadyumu