Kaiserslautern start the new campaign with a lot of hope and expectation about staying up in the 2. Bundesliga in the first time of asking. Hannover are the visitors to the Fritz-Walter-Stadion.

Kaiserslautern have had a decent pre-season with the team registering several victories against quality opposition. Kaiserslautern will be delighted to start at home in the first 2. Bundesliga match of the season. Hannover have a new coach in the form of Stefan Leitl, who has overseen a successful run in the pre-season friendly games.

Kaiserslautern might be the newly-promoted outfit in the division, but they are likely to start the season with a lot of positivity. Hannover had a very poor away record in the 2021-22 season. The change in management is likely to improve this factor, but it would be unwise to expect a vast change from Hannover. Kaiserslautern are likely to be flowing with a lot of confidence just like any other newly promoted outfit.

Hannover struggle to keep a strong backline in check and they will once again go through a similar struggle in this opening league game of the season. The team has primarily strengthened in the spine and Kaiserslautern’s home advantage is likely to have a major impact.

The goals from Hannover are quite profound when it comes to away matches. The former Bundesliga outfit have no trouble when it comes to scoring goals but they have been very poor at the back. Kaiserslautern should make the most of such an opponent to come up with goals.

Kaiserslautern will be buzzing with a lot of confidence after getting promotion to the second division of German football for the first time since the 2017-18 campaign. After spending four seasons in the third tier, this is a welcome boost for Kaiserslautern. Manager Dirk Schuster, though, has been in charge of the team only since May and he does have a mediocre record against Stefan Leitl with just one win in four.

Hannover coach Stefan Leitl is searching for his first win against Kaiserslautern after failing to win his previous two games against the club. After overseeing a lot of transfer activity at Hannover, the 44-year-old stats the new campaign with expectations about getting promoted. Hannover have been in the second division for the last three seasons.

Recent Form, Stats, and Numbers for Kaiserslautern vs Hannover 96

FAQs on Kaiserslautern vs Hannover 96 game 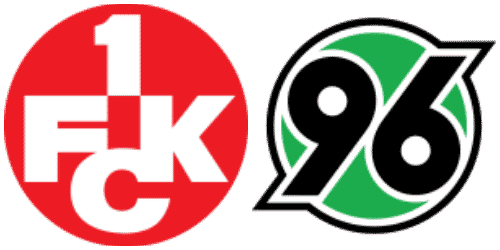 Where is the match going to take place? Fritz-Walter-Stadion

Who is the favourite team to win the game? Kaiserslautern