Istanbul Basaksehir look to overcome a sequence of back-to-back losses at home when they welcome strugglers Yeni Malatyaspor to the Basaksehir Fatih Terim Stadyumu on Monday night.

Istanbul Basaksehir will head into this game knowing that Yeni Malatyaspor have not scored in three out of the last five matches. The problems for Yeni Malatyaspor in away matches are especially profound. Even though Istanbul Basaksehir have not kept a clean sheet in the league since the middle of February, the struggles of the opponent are likely to help end this poor run.

There have been over 2.5 goals in four out of the recent five matches involving Istanbul Basaksehir. The problems faced by Yeni Malatyaspor with regards to scoring is unlikely to diminish the goal output, as Cihat Arslan has been unable to make a huge impact in the defensive areas since taking over early March.

Yeni Malatyaspor have not scored in the last two matches since managing to open Cihat Arslan’s era with a victory and a clean sheet against Adana Demirspor. The momentum is certainly fizzling away and Istanbul Basaksehir might pick up a clean sheet.

Istanbul Basaksehir coach Emre Belözoglu comes into the game after having never suffered a defeat against Yeni Malatyaspor in his two games against the club. The home team comes into the match only without to players unavailable due to injury – Ömer Ali Sahiner and Ravil Tagir. Youssouf Ndayishimiye is suspended for the game.

New coach Cihat Arslan’s honeymoon period might be coming to a quick end after back-to-back losses. Sadik Ciftpinar is suspended for the game and the coach might go for Philip Gameli Awuku in his absence. Stephen Mallan is out due to an injury and the only positive for the team will be the return of Karim Hafez from suspension.

Detailed Analysis of the Stats for Istanbul Basaksehir vs Yeni Malatyaspor 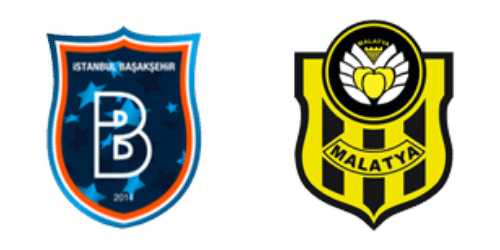 Where is the match going to take place? Basaksehir Fatih Terim Stadyumu