Palmeiras look to maintain a 100% record in the Copa Libertadores group A after managing to 3 consecutive wins. They take on Independiente at the Estadio Olimpico Patria in the upcoming match.

Independiente sit at the bottom of the group after a return of just one point from the first three matches with the latest ending as a 2-1 defeat against Deportivo Táchira. The loss comes a fortnight after the 8-1 thrashing at the hands of Palmeiras, who picked up a third consecutive victory by beating Emelec. Rony, Gabriel Veron, and Breno Lopes were the scorers in the game. Palmeiras warmed up for this game with a 2-1 win over Juazeirense in the Copa do Brasil.

Palmeiras are chasing a fourth consecutive victory in the group stages. The Brazilian club have also been brilliant even in the domestic league and they have managed three consecutive wins in all competitions. Independiente might be playing at home, but they are unlikely to extract revenge for the 8-1 thrashing suffered a few weeks ago.

There have been more than 2.5 goals in three consecutive games for Palmeiras, who have been a major contributor towards goals in this game. Even though Independiente have been on a rotten run of form, the confidence levels did look up with the recent domestic league win.

Independiente might be staring at a fourth consecutive game without a victory, but they have scored in the last 11 matches in all competitions – a run that stretches back to March. Palmeiras are expected to be one of the top scorers in the group stages.

Independiente have been facing a string of defeats before the recently picking up the victory over Jorge Wilstermann in the domestic league. Even that victory is unlikely to help the team against one of the favourites for the competition and the current holders.

Palmeiras have a tough expedition riding on their shoulders as one of the best teams in the competition over the last few years. Palmeiras have picked up back-to-back Copa Libertadores successes and they are gunning for a third successive title. A victory for Palmeiras in the 2023 edition would make them the most successful Brazilian team in the competition.

Detailed Analysis of the Stats for Independiente vs Palmeiras

FAQs on Independiente vs Palmeiras game 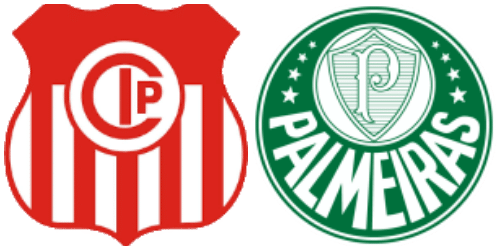 Where is the match going to take place? Estadio Olimpico Patria

Who is the favourite team to win the game? Palmeiras