One of the closest matchups in the upcoming La Liga 2 round is the Ibiza vs Las Palmas duel. If you want to know more about this game, check our top betting tips and our preview for this game.

If you are struggling to decide what is the right bet for Ibiza vs Las Palmas, check our top betting tips for this duel:

Ibiza and Las Palmas to Draw

While the home team is stuck in the middle of the standings, the guests are three points behind the playoff zone and they have a chance to fight for a place in the playoffs.

Despite that, we don’t see Las Palmas winning in this game. Ibiza has very solid at home lately and the first game between these two teams this season has ended in a draw, which is what we see happening in this game as well.

Ibiza and Las Palmas to Draw at Half Time

Since we expect this game to end in a draw, we can also see the two teams being tied at half time as well. After all, that’s usually the case for matches that end without a winner.

That being said, Ibiza led at half time in their first h2h duel this season despite the game ending in a draw eventually. However, we can see this time a draw at half time.

Both teams have scored in the first game this season between Ibiza and Las Palmas in a match that ended 1-1, so we can see them both scoring once again in this game.

In addition to this, both teams scored in 58% of all Ibiza matches in the league so far, while the same is true for 61% of all Las Palmas matches in Segunda this season.

Ibiza vs Las Palmas preview: An interesting matchup in Segunda

With just one win in the last six games in the Spanish Segunda, Ibiza was left behind in the race for the playoffs and they are stuck in a mid-table position at the moment. And with just six rounds left in the competition, they are unlikely to move much up or down. That being said, a mid-table finish is not such a bad result for a team of their caliber.

Six more games remain in La Liga 2 and Las Palmas will have an exciting finish of the season since they are fighting to get to the playoffs. At the moment, they are three points behind Real Oviedo, who is in the sixth place, the last one to lead to the playoffs. Las Palmas is in great form right now, with four wins and a draw in the last five games in the league.

The latest odds and key stats for Ibiza vs Las Palmas

If you want to place a bet on the best odds for Ibiza vs Las Palmas, check our list of odds taken from a few different UK betting sites:

The usual questions for Ibiza vs Las Palmas 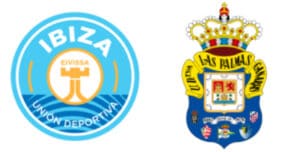