Girona travel to the Estadio Can Misses – Power Electronic this weekend looking to continue their recent run of form. They go up against Ibiza, who have slipped to 14th place in the table.

Ibiza were unable to stop a slide down to 14th place in the table following the goalless draw with the Lugo last weekend. The struggle to score goals continues for the team. Girona entered into the top half of the table for the first time since matchday 3 after a 3-0 success over Leganes.

Draw or victory for Girona

Girona have been among the form teams in the second division over the last few weeks. In fact, Girona would rank fourth in the standings if the last six games alone were taken into account. Ibiza would be at the opposite end of the table with the team struggling for form. After going through a spell of good results in October and November, Ibiza are struggling to get going due to a lack of creativity going forward.

One of the factors that has pushed Girona up the league table would be the goals with striker Christian Stuani managing to find the back of the net on a regular basis. The former Espanyol striker has 11 goals in 17 appearances this season. Yet, Ibiza are still strong at the back with under 2.5 goals conceded in the last seven games.

Ibiza vs Girona: Can the visitors extend their good form?

Ibiza are not far away from their lowest point in the season. The lack of goals did not seem to be a problem a month ago, but the scenario has changed with Ibiza managing just one victory matches. The club are at home next two matches which can hope to bring them back to form.

Girona have been through a splendid set of results that have pushed them on the brink of making it to the top six places. Apart from the away defeat against promotion-hopefuls Eibar, there have not been too many problems for Girona, who have seen Uruguayan Stuani hit top form of late.

Analysing the Stats for Ibiza vs Girona

FAQs on Ibiza vs Girona game 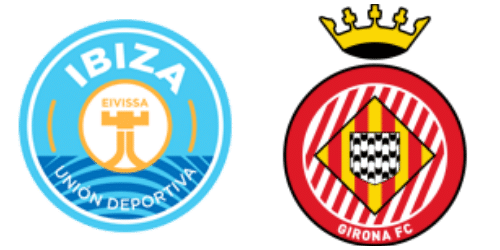