Huesca take on Real Valladolid at the Estadio El Alcoraz looking to improve their home form at least now. Huesca could end up dropping close to the bottom three by the end of this weekend.

Huesca were able to pick up a 2-0 victory over in the Copa del Rey first-round action against Cayon. After back-to-back goalless draws, this was a much-needed victory for Huesca. Real Valladolid remained in contention for the top five places following a 1-0 success over Marchamalo in the first round of the Copa del Rey.

Despite playing at home, Huesca have never been able to get going over the course of the campaign. The team has registered just three wins at home so far this season. Real Valladolid experience similar kind of troubles in away matches after having managed only three wins on the road. A major chunk of Huesca’s home games have finished as a draw, which will be the highest probable outcome from this game.

Huesca were able to score against Cayon during the recent match, but these were the first goals from the team in the last three matches. Even then, the visitors are strong scoring team and they find themselves in the top half largely as a result of getting a sizeable chunk of goals on a regular basis.

The primary factor behind Huesca finding themselves closer to the relegation trouble rather than being a promotion contender would be the lack of goals. Both teams have conceded around the same number of goals so far this season. Real Valladolid struggle in away matches but Huesca should make home form count.

Huesca have been able to register a single victory in the last six league matches. This has been a strong factor behind the club continuing to struggle behind expectations. The lack of goals in recent weeks may continue even at home.

Real Valladolid have registered four wins in the last six league matches. Even though this form might read extremely well, the fifth-placed team have not been picking up a lot of away victories. One advantage would be the lack of many injury problems for the team.

Analysing the Stats for Huesca vs Real Valladolid 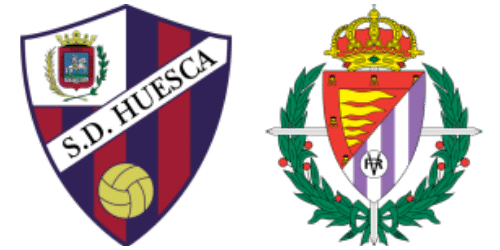