Huesca come into the game against Girona looking to complete the double over the opponent after a 3-1 victory earlier in the campaign. This will be a preview to provide the top tips for the game.

Huesca were once again left disappointed without a goal after only managing a goalless draw with Alcorcon in the last Segunda Division match before going into the break. Girona ended 2021 in a positive fashion after a 3-1 victory over Burgos.

Girona were able to finish 2021 on a high note and this gives them a sizeable edge over Huesca, who have been unable to win a league match for almost a month. The reason meeting between these two clubs in the Copa del Rey finished in favour of Girona, who do not have the momentum earlier in the campaign and ended up losing at home against this opponent back in October.

The recent defensive performances from Huesca have been very bad with the team managing only five goals from the last six league matches. The team has also failed to score in back-to-back games across two different competitions. Girona’s away matches tend to witness a large turnout of goals, but Huesca’s problems could make this game as a low burner.

Huesca have failed to score in four out of the last five matches and this is turning out to be a real problem for Huesca despite the lofty position in the table. Girona are on the brink of breaking into the top six owing to a forward line-up that has averaged than two goals per game of late.

Huesca vs Girona: Can the visitors jump into the top six?

Huesca might have started the season very well, but the managerial change midway through the campaign is starting to have its effect in recent weeks. The club has been able to achieve its highest point for several weeks. However, manager Xisco Muñoz would still be concerned about a lack of wins. The club will be without Andrei Ratiu, Cristian Salvador, and David Ferreiro due to injuries.

Girona continue to be affected by many injury problems, but the team has been able to get results that have kept them in contention for promotion. Manager Míchel Sánchez Muñoz has to do without Óscar Ureña, Ramón Terrats, and Darío Sarmiento due to injury.

Analysing the Stats for Huesca vs Girona

FAQs on Huesca vs Girona game 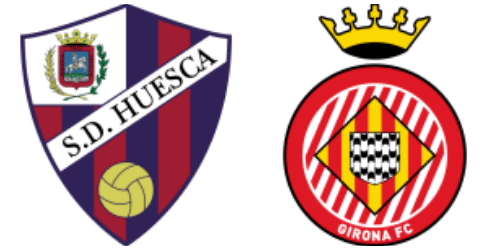