Hansa Rostock are back in the second year of German football for the first time since the 2011-12 campaign. They go up against Heidenheim at the Ostseestadion this weekend.

Hansa Rostock have shown decent form in the early stages of the pre-season after registering a string of big wins. They will focus on maximising home advantage against Heidenheim, who have had a difficult run of friendly matches that included the recent loss to Hoffenheim.

Hansa Rostock will be pumped up for this game, as they are back in the second tier after more than a decade. The buzz of having been promoted after a very positive campaign coupled with home advantage are likely to swing the game in favour of Hansa Rostock. Heidenheim’s last win over this opponent came in the third tier back in 2014. They are likely to struggle in the survey fixture.

The fixture is likely to be rich in terms of goals going in the form shown by Hansa Rostock in early pre-season. The team has been able to strengthen in a number of key areas across the pitch. Morris Schröter and Kai Pröger ranks as one of the crucial signings for the team this summer.

Even though Hansa Rostock will be pushing for a victory in big numbers, they are likely to struggle with regards to shutting out the opposition.

Hansa Rostock have been able to add decent experience in the summer transfer window as they look to stay in the 2. Bundesliga. After having achieved promotion following repeated failures, Hansa Rostock’s important objective will be to stay in the division against all the odds. The start of the season will be crucial in their survival hopes and a home game in the opening match does provide manager Jens Hartel with hope.

Heidenheim have done well to establish themselves in the second tier of the Bundesliga following their promotion in the 2014-15 season. The summer transfer window has witnessed only a few changes to the squad by manager Frank Schmidt, who has a fully fit squad at his disposal.

Detailed Stats and Numbers for Hansa Rostock vs Heidenheim Where is the match going to take place? Ostseestadion

Who is the favourite team to win the game? Hansa Rostock 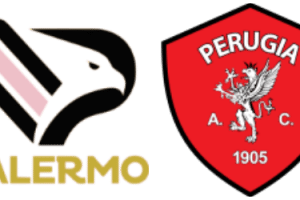