Hammarby host Norrkoping at the Tele2 Arena in the Allsvenskan on Sunday. Can in-form Norrkoping cause an upset in the Swedish top flight this weekend? Read our free predictions and find the latest odds for the fixture below in our detailed match preview.

Norrkoping have won four games on the bounce ahead of their trip to play Hammarby on Sunday. Read our top three predictions for this weekend’s fixture below.

Hammarby have been priced as favourites to win on Sunday, though they could be a little fragile following a three-match winless slump. In contrast, spirits should be high at Norrkoping, who have won four fixtures on the spin and though they lost a cup meeting with Hammarby in March, The Comrades did establish a two-goal advantage before conceding an own goal and penalty in the second half. There seems like enough to grab on to here and we recommend siding with the visitors in the double chance market.

Hammarby have conceded goals in five of their last nine assignments in the Allsvenskan and a clean sheet against red-hot Norrkoping on Sunday feels unlikely in current circumstances. The visitors meanwhile, have shutout their hosts just once in four attempts since the new campaign got under way and they should have trouble keeping Hammarby at arm’s length for 90 minutes this weekend. With those factors aligned, expect both teams to score at the Tele2 Arena.

The last two encounters between Hammarby and Norrkoping produced five and four goals respectively and another titantic tussle is on the cards when the sides face off on Sunday. Norrkoping’s recent winning streak should give them the confidence they need to play with bravery at the Tele2 Arena and an open game could ensue as a result. As a consequence, back over 2.5 goals to land for the fourth meeting in a row between the clubs.

Hammarby have a clean bill of health ahead of Sunday’s game, which manager Martí Cifuentes will hope to harness as his team aims to end their winless slump. Hammarby have dropped points in each of their last three assignments, though they are still handily placed in second spot in the early exchanges of the new Allsvenskan campaign.

Kristoffer Khazeni is ill and remains a doubt for Norrkoping this weekend, though Rikard Norling has a strong pool of players to pick from elsewhere. Norrkoping took full advantage of a kind run of games to win four matches on the trot, though a test against Hammarby represents a much tougher challenge.

Top Betting Odds and Stats for Hammarby vs Norrkoping

Check out our list of the top stats for Sunday’s fixture below alongside a tool to help you choose the best odds. 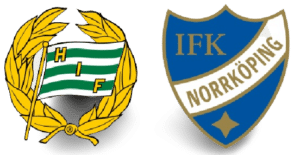 Hammarby are heavy favourites to beat Norrkoping on Sunday.

Who is Norrkoping’s current manager?

Norrkoping’s current manager is Rikard Norling, who joined the club in January 2021.