Girona and Tenerife face each other on Monday night in what may turn out to be a key battle in the play-off stages with both teams separated by just two points.

Girona’s inconsistent performance continued with the team managing a 1-0 success over Alcorcon last weekend thanks to a goal from Christian Stuani. Tenerife are now on a five-game unbeaten streak following the 2-0 success over Lugo. The match witnessed just two late goals from Mario Gonzalez and Andreas Martin.

Girona have managed three wins in the last five matches while they have also suffered two defeats in this run. Meanwhile, Tenerife have gone through a five-game unbeaten sequence that puts the club in a very good position. A string of games between these two clubs has gone in favour of the home team in recent years.

Tenerife are unlikely to give up jumping ahead of Girona in the last few games. In accordance, the visitors will be put up a very good fight that is likely to result in goals. In the last six matches, Girona might have managed more points but Tenerife have come up with more goals.

The visiting team has scored in just one of the last five games between Tenerife and Girona. Both teams have been able to enjoy their fair share of goals in recent weeks but it is clear that the visitors have been more prolific with the knowledge of almost 1.5 goals per match.

Girona vs Tenerife: Precursor for the Play-Off Battle

The recent run of results at home have been a major factor behind keeping Girona in the top six places. However, the club have a string of difficult tests coming up with matches against the likes of Leganes and Sporting Gijon around the corner. Pol Lozano is suspended, while Valery Fernandes and Ramon Torre are out injured.

Tenerife manager Luis Miguel Ramis will be keen on building up momentum for his team before the play-off stages kick-off. Even though the possibility of challenging for the automatic Champions League qualification spots is still unlikely, it will be a long shot.

FAQs on Girona vs Tenerife game 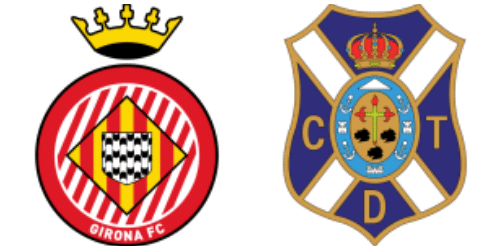