Girona take on a disjointed and disappointed Eibar in the first leg of the play-offs. Estadi Municipal de Montilivi will be the location for this match.

Girona’s timid end to the regular season continued with the team only managing a goalless draw with Burgos in the final game of the campaign. Eibar suffered a major collapse after falling out of the automatic promotion spots on the final day following a 1-0 away loss to Alcorcon.

Eibar will be shaken up by the loss to Alcorcon and the subsequent fallout from the automatic promotion spots. There will be a huge loss in momentum and confidence. Girona will be able to take advantage of the same with home advantage behind them. Despite managing just one win in the last four league matches, Girona can be a good bet to back in this match with the team registering for wins in the last five home games.

The defence has been a major let down for Eibar towards the close of the campaign with the team registering just one clean sheet in the last four games. The record gets even worse in away games and Girona should be able to get things done even if the game involves a lot of goals.

There have been goals at both ends of the pitch in just one of the last five games for Girona. However, this game will be a battle for promotion and there will be a lot of nerves involved. Both teams will strike against each other on numerous occasions.

Girona might have picked up just one victory in the last four matches, but they are likely to feel very confident coming into the game. Apart from the availability of home advantage, Girona can also look forward to facing an Eibar team that will be heartbroken after missing out on the automatic promotion spots.

Eibar will be feeling low after having come very close to getting promoted to the La Liga automatically. Now, the team has to go through the lottery of the play-offs where momentum has a major role to play in the success of a team. There are no major injury problems for Eibar.

Detailed Stats and Numbers for Girona vs Eibar

FAQs on Girona vs Eibar game 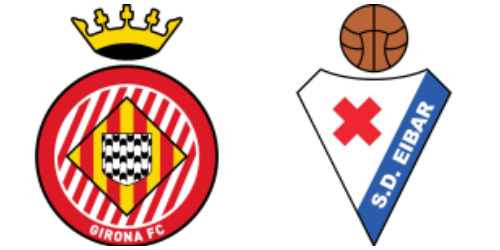