Priestfield Stadium prepares to host the weekend’s League One meeting between Gillingham and Plymouth with both teams going through a sprightly set of performances.

Gillingham have had a strong home record over Plymouth after managing to win six consecutive games against this opponent at home. Plymouth have been able to get less than 50% wins in away matches this season. Even though Gillingham had been quite mediocre at home so far this season, recent performances from the team has improved a lot. Gillingham are also on a run of back-to-back home wins.

There have been over 2.5 goals in four out of the last five matches for Plymouth. Gillingham have managed back-to-back clean sheets at home but the threat from Plymouth will be substantially greater. The last four games involving Gillingham have witnessed less than 2.5 goals, but Neil Harris’ team have been creating a lot of chances.

Gillingham may have struggled so far this season, but Harris has been able to bring about a small upturn with two wins in the last four games. Gillingham have failed to score only once in the last five league outings while Plymouth are on a brilliant offensive with 14 goals in six games.

Neil Harris is likely to bring in Charlie Kelman to the starting lineup. He continues to be hampered without Alexander MacDonald and Daniel Adshead because of injuries. Gillingham are likely to bank heavily on home matches for getting out of the relegation zone.

Plymouth are starting to gain an advantage in the play-off race. Steven Schumacher is unlikely to make any changes to the starting line-up that has done well in recent weeks. Brendan Galloway and George Cox could be the injury worries for the visitors.

Key League One Stats and Numbers for Gillingham vs Plymouth

FAQs on Gillingham vs Plymouth game 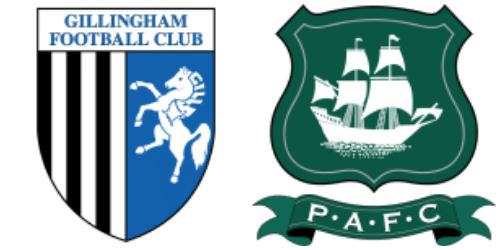