Sporting CP look to stay in touch with Porto at the top of the table when they travel to the Estádio Cidade de Barcelos to play against Gil Vicente this weekend. Sporting CP are the defending champions who are behind Porto on goal difference.

Gil Vicente made it back-to-back league victories following the 1-0 success over Pacos Ferreira thanks to a 90th minute winner from Léautey. Sporting CP had a midweek game in the Taca de Portugal and they were able to come out with a 1-0 victory over Penafiel. During the weekend, the team beat Boavista 2-0 thanks to second-half goals from Pablo Sarabia and Nuno Santos.

The games between Sporting CP and Gil Vicente have produced a term of entertainment for supporters with four out of the last five meetings producing more than 2.5 goals. Sporting have been able to get more than 1.5 goals in 10 out of the recent 11 games against Gil Vicente.

Sporting do not fail to score even in away games against Gil Vicente after managing to get at least a goal in six consecutive games. Gil Vicente have only failed to score once in the last 10 matches. A game between these two teams should provide goals at both ends.

Gil Vicente are aiming to keep in touch with the top five spots by the end of this weekend. This will be mightily difficult given their poor record against Sporting CP. Manager Ricardo Soares will be without João Afonso and Zé Carlos due to injuries.

Sporting CP were able to quickly overcome memories of the heavy loss against Ajax in the Champions League. The back-to-back successes in the domestic competitions mean that Sporting are still in a great position approaching the winter break. However, manager Rúben Amorim is still affected by a large injury list with the likes of João Palhinha, Paulinho, and Pedro Porro on the treatment table. 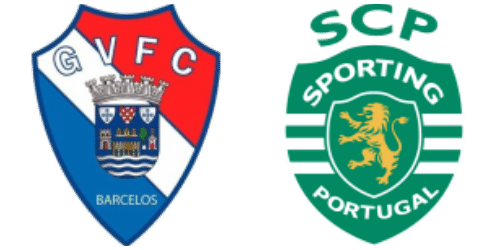 Who is the favourite team to win the game?  Sporting CP