Gil Vicente look to continue their amazing recent form when they take on Santa Clara at the Estádio Cidade de Barcelos. This preview will strive to provide the top betting tips for this Primeira Liga encounter.

Gil Vicente became the latest team to beat Benfica as they picked up a 2-1 win in the midweek action. Samuel Lino and Aburjania had provided Gil Vicente with a comfortable lead after 64 minutes, while a late goal from Goncalo Ramos provided some consolation for the home team. Santa Clara picked up a 2-1 victory over Boavista to continue their unbeaten streak in the league.

Gil Vicente have been on a tremendous run of form over the last few weeks. Apart from the dropped points against Sporting Lisbon and Boavista, the team has not put a foot wrong. The recent win over Benfica will add to the growing confidence for the team, while the same cannot be said about Santa Clara in away matches. Apart from a win over strugglers Moreirense, Santa Clara tend to do most of their good work at home.

Santa Clara have been on a good scoring streak and four out of the recent five matches have produced over 2.5 goals. Three out of the last five matches for Gil Vicente also mean the same record, as the fifth placed outfit have been getting a lot of goals. Even though none of the last five meetings between these two clubs has produced over 2.5 goals, this match could be a game changer.

Even though Santa Clara might seem to have registered only one win in 10 away matches this season, they have been able to get plenty of goals of late. Gil Vicente have averaged 1.5 goals per game at home while they have also conceded at a similar pace.

Gil Vicente have been enhancing their bid for European qualification with a string of good results. The team has opened up a six-point advantage to Vitoria Guimaraes and this will be substantial. Vitor Carvalho, Murilo Souza, and Ziga Frelih are unavailable for the home team due to injuries.

Santa Clara are pushing for a place in the top half. In the last five matches, the team has lost only once. The superior form shown compared to teams around them in the table has enabled Santa Clara to move within four points off the sixth place. Costinha is out due to injury, while Nene is suspended.

Analysing the Stats for Gil Vicente vs Santa Clara 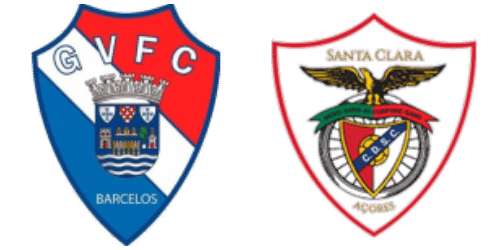