Gil Vicente get ready to host the league game with Belenenses this weekend. Estádio Cidade de Barcelos will be the location of this Primeira Liga game.

Gil Vicente continued their impressive run with the 1-0 success over Vizela thanks to an early penalty from Fran Navarro. Belenenses were able to finally pick up a league win after an extended gap, as they beat Vitoria Guimaraes 1-0 at home. Alisson Safira scored the only goal of the game just after the break to claim this crucial win.

Gil Vicente have been able to come through a difficult run of fixtures with flying colours, as they have picked up three wins in the last four games – including the win over Benfica. Even though Belenenses did pick a victory in the recent match, it is very difficult to back the bottom club – especially when they are playing away from home. Belenenses are of the two teams in the Primeira Liga yet to pick up an away victory this season.

A solitary penalty from Fran Navarro was the only difference for Gil Vicente in the recent game against Vizela. However, the home team are likely to have a good day out with Belenenses witnessing over 2.5 goals in three out of the last five matches. Apart from the narrow win over Portimonense, Gil Vicente have also witnessed a string of high-scoring matches in recent weeks at home.

Even though Belenenses are at the bottom, they have now scored in five consecutive matches. The visitors will be aware that Gil Vicente have kept just one clean sheet in the last four games at home. This match could easily produce goals at both ends.

Gil Vicente have been picking up some excellent results in the last few games. Ricardo Soares was hoping to use this form and enhance his rather mediocre record against Belenenses. Ricardo Soares will also be without Ziga Frelih due to injury, while Fran Navarro is suspended for the game. Murilo Souza is also doubtful with an injury problem.

Belenenses coach Franclim Carvalho has just overseen his first victory since taking over in mid-January. However, he has plenty of injury problems coming into the game with Rafael Camacho, Chico Teixeira, and Nilton Varela unavailable due to injury. Pedro Nuno is rated as a doubt, while Andrijia Lukovic is suspended.

Analysis of Recent Form and Stats for Gil Vicente vs Belenenses 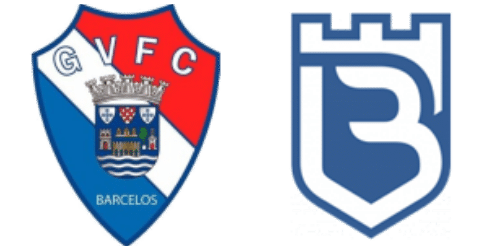