The battle in the First Division A of the Belgian league in the midweek features Genk and Mechelen going up against each other at the Cegeka Arena.

Genk did not allow the winter break to spoil the rhythm after managing a 4-1 win over Beerschot during the weekend. Mechelen will be taking part in the first competitive action of 2022 with their last game finishing as a 2-0 win over Seraing.

Genk have an immaculate home record against Mechelen after managing six consecutive wins. One has to go back to 2009 to witness Mechelen’s last away success over Genk. They are unlikely to recover from this record based on recent form. Genk also have the advantage of better fitness after having played a game during the weekend. Mechelen have lost 6 out of the 10 away matches including three on the bounce.

Genk have been able to get over 2.5 goals in four out of the last six home matches against Mechelen, who come into this match as one of the worst defences in away games with an incredible 22 goals conceded in 10 matches. At the other end, Mechelen do not score a lot of goals, but Genk have managed just one clean sheet in the last five league games.

Mechelen might have been going through a very poor better form, but they have been at least able to get goals in the last four matches. Only Union Saint-Gilloise have stopped Mechelen from scoring in the last five league games.

Genk have been on a brilliant patch of form and they have been pushing for a solid position in the top eight of the league table. Manager Bernd Storck has had an instant impact after being appointed in the initial few weeks of December. Kristian Thorstvedt is unavailable due to suspension while Paul Onuachu has been ruled out due to a hamstring injury.

Mechelen have been unsuccessful in their attempts to get something out of the away matches against Genk. The club has had to deal with plenty of injury problems with manager Wouter Vrancken incapable of selecting Niklo Dailly and Hugo Cuypers due to injuries.

Analysing the Belgian First Division A Stats for Genk vs Mechelen

FAQs on Genk vs Mechelen game 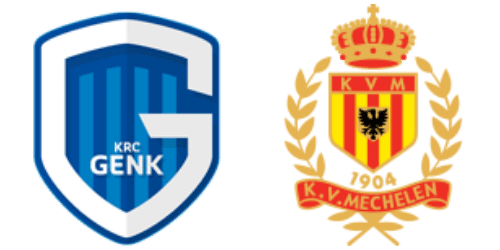