Both of these teams have started life in the Conference League playoff group in strong fashion. Will something give here as they lock horns? Find out with our Genk vs Gent preview here along with the predictions and free tips we mention along the way.

Genk to take the win

There is no denying that Gent have been in good form of late but we still see them losing this match. Gent have lost just one of their last five matches having won three and drawn the other, however, Genk can go better than that. They’ve won four and drawn one of their last five. Most notably from that form though is a head to head clash; Genk won that game. In fact, Genk have not lost to Gent in five meetings and they’ve won three of them – including the last two.

Finally, we end on an over 2.5 goals prediction. Genk have gone past the 2.5 mark in their last three matches whilst two of Gent’s last three matches have also gone north of the 2.5 cut off. Three of the last five meetings between these two teams at Genk’s home ground have gone over the 2.5 marker as well. With all that considered, there is plenty of reason to expect a few goals.

The best odds for Genk vs Gent

Genk have been the team of the Conference League group so far but, in the regular season, they were coming up short of their visitors here. They’ve got a good record against Gent though and with Paul Onuachu leading the line, they’ll be confident of grabbing the win here.

Gent only narrowly missed out on a top four finish in the Jupiler Pro League but have started the Conference League group without any signs of a hangover. That said, they lost last time they faced Genk and they will want to make that right here with a victory. Jordan Torunarigha will play a big role in any win they might have.

The final word on Genk vs Gent 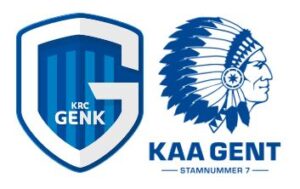