Galatasaray go up against table leaders Trabzonspor at the NEF Stadium looking to avoid more disappointment in the form of defeats. This will be a preview of the top game in the Turkish league this weekend.

Galatasaray boss Domenec Torrent is still waiting for his first win after watching his team lose 3-1 at the hands of Kasimpasa during the weekend. Once again, Galatasaray took the lead but they threw it away in the second-half. Trabzonspor continued to drop points at the top with the latest being a 1-1 against Giresunspor.

After producing many entertaining games in the first few months of the season, Trabzonspor matches have been quite low on goals with the last five games for the team producing less than 2.5 goals. Galatasaray make too many defensive mistakes, but they are expected to go away especially considering the magnitude of this fixture.

Galatasaray have started much as well and they have opened the scoring in the last two games only to throw them away due to the defensive mistakes. Trabzonspor may not score a lot of goals, but they have failed to keep a clean sheet in the last two matches.

Galatasaray have been unable to recover from a steep decline and the arrival of Domenec Torrent has done little to enhance the options for the team. Even though there are some positives for Galatasaray, they are far from recovering and finishing in the European spots. Torrent still has a long injury list with players like Mbaye Diagne, Ryan Babel, Alpaslan Öztürk, Fernando Muslera, and Kaan Arslan unavailable.

Trabzonspor have had to work with less options over the last few weeks. As a result, manager Abdullah Avci is expected to see the team’s form remain mediocre for the next few games. Abdülkadir Ömür, Gervinho, Anders Trondsen, and Fodé Koita are unavailable due to injuries.

Analysing the Stats for Galatasaray vs Trabzonspor

FAQs on Galatasaray vs Trabzonspor game 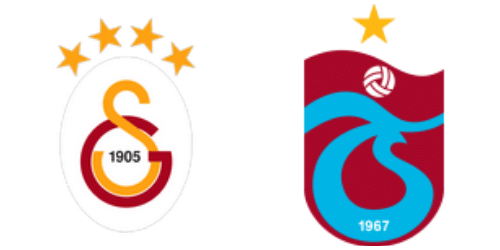