Galatasaray’s continued struggles have seen them drop behind the top 10 places and they have a difficult encounter against Antalyaspor at the NEF Stadyumu this weekend. This will be a preview of the game which has proven to be a difficult one to assess.

Galatasaray remain in a spot of bother even now and it is particularly troublesome for the team to travel away from home. Two out of the last three games between Galatasaray and Antalyaspor have finished as a draw. Even though the visitors do not do well are from home, Galatasaray’s struggles are likely to mean that they could escape the NEF Stadium with a point.

Galatasaray and Antalyaspor are separated by just two points in the league. They have also scored and conceded almost identical numbers. The last two meetings between these two clubs have produced a total of just one goal.

Antalyaspor have failed to score in four out of the last five games against Galatasaray. The only occasion which the team scored in this run was at home back in July 2020. Despite the struggles faced by Galatasaray, the team has had a relatively better defensive record at the NEF Stadium with an average of one goal considerable match. They are highly likely to keep a clean sheet.

Galatasaray have dropped out of the top half following the latest defeat at the hands of Adana Demirspor. The club cannot keep continuing on this run, but manager Fatih Terim also has to deal with a significant loss in team morale and the unavailability of many players. Christian Luyindama, Fernando Muslera, and Mbaye Diagne are unavailable due to injuries, while Alexandru Cicâldau and Taylan Antalyali      are suspended.

Antalyaspor continue to flirt just outside the relegation zone and the manner in which the team draft the points against Kasimpasa sure that the team is still out of sorts. Ufuk Akyol, Enzo Crivelli, Harun Alpsoy, and Hakan Özmert are the players out injured for coach Nuri Sahin, while Andrea Poli is out due to suspension.

Analysing the Stats for Galatasaray vs Antalyaspor

FAQs on Galatasaray vs Antalyaspor game 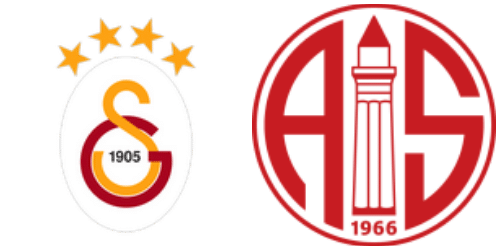