Real Sociedad B to avoid relegation when they go up against Fuenlabrada, who are on the brink of relegation to the third tier, at the Estadio Fernando Torres this weekend.

Fuenlabrada remain very close to being relegated to the third tier after a 2-1 away defeat against Amorebieta. This was the sixth consecutive defeat for Fuenlabrada. Real Sociedad B improved the chances of staying up in the division with back-to-back wins after beating Real Valladolid 2-1 away from home.

Real Sociedad B are aiming for three consecutive wins in the league that would put them within a point off Malaga depending on results elsewhere this weekend. This would be a remarkable achievement for the club who were in a strong losing streak not too long ago. Fuenlabrada have lost six consecutive games and the team has been giving vibes of being descended to the drop.

Fuenlabrada might have ended up losing six games on the bounce, but all of these matches have produced over 2.5 goals. In fact, Fuenlabrada’s narrow win over Malaga is the only game in the last 10 matches involving José Ramón Sandoval’s team to produce under 2.5 goals. Real Sociedad B are creating a lot of chances to expect goals.

Fuenlabrada vs Real Sociedad B: Match Preview and Team News

José Ramón Sandoval has been unable to do anything to lift the club’s fortunes apart from the narrow win over Malaga. The victory has only proved to be a small-time in the sunshine for Fuenlabrada, who are expected to be relegated by the end of this weekend due to a 12 point deficit to the 18th place.

Real Sociedad B are four points away from safety going into the weekend and the club have the best momentum amongst teams near the bottom four. Xabi Alonso also does not have any injury problems coming into the game.

Stats and Key Numbers for Fuenlabrada vs Real Sociedad B

FAQs on Fuenlabrada vs Real Sociedad B game 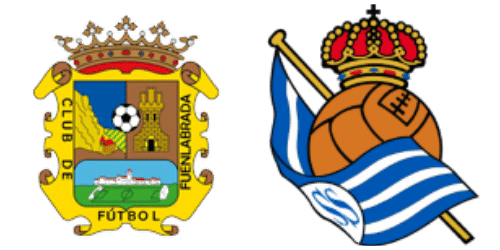 Where is the match going to take place? Estádio Fernando Torres