Fuenlabrada look to get their first win over Real Oviedo for the first time since 2019 when they welcome the opposition to the Estadio Fernando Torres this weekend.

Fuenlabrada had a midweek Copa del Rey game against SS Reyes and they were able to overcome the opponents with a penalty shootout victory. During the weekend, the team had lost 2-0 to Burgos. Real Oviedo could not sustain the home form in away games after the team fell to win 2-1 loss at the hands of Real Valladolid during the weekend.

Fuenlabrada are a team without a victory at home in the last five matches. Their only successes at the Estadio Fernando Torres this season have come against strugglers Cartagena and Leganes. Real Oviedo may not be a great opposition to profit from this poor form, as José Ziganda’s team have been able to register only two away victories so far this season.

Real Oviedo might be in a position to get promoted next season, but the team are among the lowest scorers in away matches this season with only nine goals from 10 matches. Fuenlabrada find themselves in a similar position even when it comes to home matches after scoring only 10 goals so far. This is unlikely to be an entertainer.

Real Oviedo have managed at least a goal in three consecutive away games, while it is remarkable that Fuenlabrada have managed just two clean sheets in the last 10 games at the Estadio Fernando Torres.

Fuenlabrada vs Real Oviedo: A Game of Struggles?

Fuenlabrada are positioned on the cusp of getting out of the bottom four, but the Copa del Rey distraction has not helped matters. The lack of home victories on a consistent basis has also been a factor behind Fuenlabrada’s problems. Manager José Oltra will be without a large contingent of players like Brahim Konaté, Abou Kanté, Jano, and Juanma due to injuries, while Stéphane Mbia has picked up a suspension for this game.

José Ziganda may not be struggling with a large amount of injury problems, but his team have not been great on the road. It has led to a sizeable decline in their efforts to make a tilt for the play-off places. For this game, José Ziganda will be without Javi Mier due to a slight stiffness.

Important Stats ahead of Fuenlabrada vs Real Oviedo 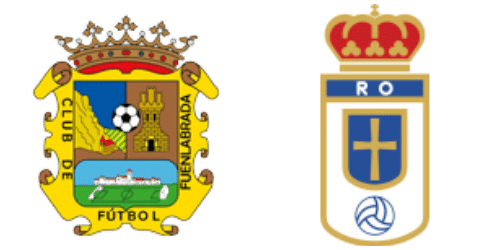