Frosinone could not build on the back-to-back victories in the first two matches of the season, as they were beaten by Benevento 2-1 away from home. Como are still waiting on the first win of the season, but the team lost their unbeaten start to the campaign following a 1-0 loss to Brescia.

Frosinone started the season extremely well with wins and clean sheets over Modena and Brescia. They go up against a Como outfit on the back of a first league defeat this season, but it was to be expected with the team having a poor away record. At the Stadio Benito Stirpe, however, Frosinone can be a strong force. Meanwhile, Como have been struggling for victories with the team unable to enjoy success since April of last season.

There have been goals from Frosinone in each of their competitive games so far this season. Meanwhile, Como have been unable to boast of the same record after failing to score against Brescia last weekend. Generally, however, Como have been good enough for a goal or two.

The two teams have decent scoring potential coming into the game. The form of Frosinone will be the highlight of this game. Even without a victory so far this season, Como have proven to be a difficult customer in the final third of the pitch.

Frosinone vs Como: Serie B Match Preview and Team News

Frosinone are looking to bounce back from the recent defeat against Benevento that has put a damper on the excellent start made by the team. After two wins from the first two games, manager Fabio Grosso was looking on the up. Now, he is looking to extend his good sequence of results against opponent Giacomo Gattuso, who has been beaten in three out of the five meetings.

Como have made a disappointing start and the club are just two places above the bottom. Coach Giacomo Gattuso is coming under increasing pressure and he has only picked up one win in five meetings against Fabio Grosso. Tommaso Arrigoni is missing due to suspension, while Moutir Chajia has an injury.

Stats, H2H, and Numbers for Frosinone vs Como

FAQs on Frosinone vs Como game 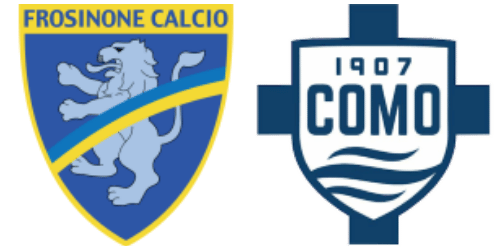 Where is the match going to take place? Stadio Benito Stirpe

Who is the favourite team to win the game? Frosinone