Fraserburgh have to do the giantkilling act in order to have any chance of coming out with a positive outcome in the first Scottish League Cup game of the season. Kilmarnock are the visitors to the Bellslea Park in this very one-sided game.

Fraserburgh have to punch above their weights to get anything out of the game especially with the team going through a difficult run of form even in pre-season friendly matches. Kilmarnock manager Derek McInnes comes into the game in a positive mood after having watched Kilmarnock get through a brilliant set of results in pre-season friendly games.

Kilmarnock win at half-time and full-time

Kilmarnock are hoping to better last season’s result of reaching the round of 16 when they take on Fraserburgh in the group stages. There is a huge gulf in quality between the two clubs and Kilmarnock are likely to be affected even if their match is away from home. The visitors start the game as the overwhelming favourites and they should get a comfortable victory in both halves.

Even though expectations are high that Kilmarnock will be able to blitz past the opposition, Derek McInnes’ team could actually do the opposite by offering a solid performance. Even during pre-season games, Kilmarnock were very tough to beat.

The defensive performances from Kilmarnock have been the highlight during the pre-season games. Derek McInnes has focused on making the team a solid outfit and they will be hard to break down by the hosts.

Fraserburgh are entering into the Scottish League Cup action for the first time in their history. However, the team has been given a quite difficult draw with opposition like Kilmarnock and Partick Thistle in the group stages. Manager Mark Cowie has been unable to bring in any new signings so far this summer.

Kilmarnock have bounced back from the Championship in the first attempt and manager Derek McInnes is overseeing a buoyant run for the club. The board have backed the manager quite well in the transfer market with five key additions to the squad. The signing of Liam Donnelly from Motherwell would be the key signing for the team this season.

Scottish League Cup Stats and Numbers for Fraserburgh vs Kilmarnock

FAQs on Fraserburgh vs Kilmarnock game 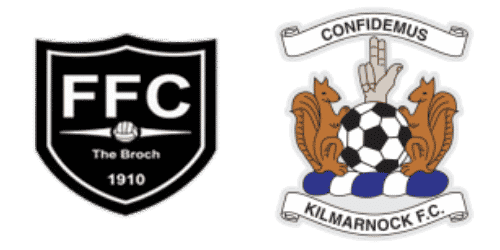